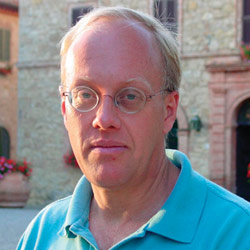 Winner of the 2002 Pulitzer Prize and 2002 Amnesty International Global Award for Human Rights Journalism; Senior Fellow at the Nation Institute in New York City; Author of War Is A Force That Gives Us Meaning, Collateral Damage and Empire of Illusion.

Hedges has reported from all over the world for the Christian Science Monitor, National Public Radio, the Dallas Morning News, and the New York Times.

Chris Hedges will appear in a panel discussion with:

Professor of Journalism at Columbia University and author of The Lonely Soldier: The Private War of Women Serving in Iraq, published in April 2009 by Beacon Press. Professor Benedict is a novelist and journalist specializing in the Iraq war, women’s issues, race, and literature.

In September, 2009, her new novel, The Edge of Eden, will be released by Soho Press. She also had a play, “The Lonely Soldier Monologues,” produced in March at a New York City theater.

She has worked as a newspaper feature writer in London and California, has written for magazines including The New York Times Book Review, The Washington Post, Poets & Writers, and The Women’s Review of Books, and is widely anthologized. She has received fellowships from Yaddo, MacDowell, the Virginia Center of the Arts, and the Freedom Forum.

Chante Wolf and members of Iraq Veterans Against the War (IVAW) will join Helen Benedict in a panel discussion.