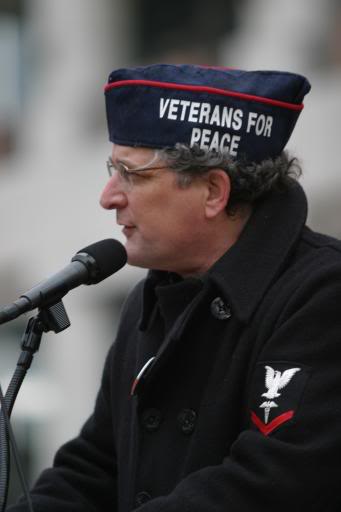 Mike Ferner, the national president of Veterans for Peace is a former Toledo, Ohio city council member. He was nearly elected mayor of Toledo but lost by a very narrow margin in 1993. He is also a Vietnam era veteran, peace activist and author.

His activism includes sitting in on the March 2006 U.S. House Appropriations Committee along with other activists and interrupting the proceedings on the sixty-seven billion dollar appropriations for the Iraq and Afghanistan wars.

On June 30, 2006, as he sat in the cafeteria of the Jesse Brown Veterans Administration Medical Center he was arrested for refusing to leave because he was wearing his Veterans for Peace T-shirt.

Mike Ferner has written a book, Inside the Red Zone, A Veteran for Peace Reports from Iraq. He was writing of his trips to Iraq just before the U.S. Invasion of Iraq.

Mike has recently returned from a trip to Vietnam where he and a group from the United States went on a fact-finding mission to study the lingering effects of Agent Orange. Mike will speak about this trip as to what he learned there and what he hopes to achieve as president of Veterans for Peace. 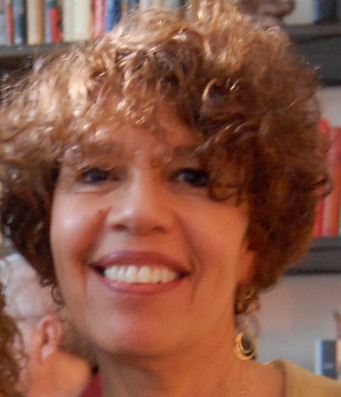 Susan M. Schnall became an active duty member of the US Naval Reserves in June, 1967; attended Officers Indoctrination School at Newport, Rhode Island and was sent to Oak Noll Naval Hospital in Oakland, California where she cared for Marines returning from Viet Nam.

After trial by general court martial and dismissal by the Navy for anti-war activities, she moved to New York where she worked with the United States Servicemen’s Fund, raising money for the GI coffee houses. She also worked with Medical Aid for Indochina/Medical Committee for Human Rights to raise money for medical supplies for the PRG and Bach Mai Hospital in Hanoi.

In 1975, Susan joined the New York City Health and Hospitals Corporation as a community organizer and then spent 31 years in the NYC public hospital system as an administrator for clinical quality improvement. She worked for 8 years at Bellevue Hospital in an executive administrative position before retiring. She also worked in the disabled rights movement over the years and is currently an assistant professor at New York University in the School of Continuing Professional Studies Program, teaching health care policy and planning.

Today she is a member of the core of the Agent Orange Relief and Responsibility Campaign, an organization working to obtain compensation for American and Vietnamese victims of AO spraying from the involved chemical companies and the US government. An additional priority of the organization is the remediation (clean up) of the remaining “hot spots” caused by dioxin contamination in southern Vietnam. Susan recently was a member of the delegation of American veterans from VFP, VVAW, and IVAW that visited Vietnam on an Agent Orange fact finding mission.

Cynthia Orange is a freelance writer, editor, and writing consultant. Her recent book, Shock Waves: A Practical Guide to Living with a Loved One’s PTSD (Hazelden) will be available.

When we think of soldiers reuniting with families after a tour of duty, we imagine them about to embark on a joyous, hopeful future, finally free of the horrors of combat. But, in reality, an estimated 23 percent of veterans and soldiers of today’s wars suffer from post traumatic stress disorder, or PTSD, a psychiatric condition with symptoms that include extreme anxiety, depression, isolation, and fear (Rand, 2008). The millions of family members of those with PTSD also suffer, not knowing how to reconnect with or help their loved one recover from the pain. Shock Waves is a practical, user-friendly guide for those who love someone suffering from this often debilitating anxiety disorder, whether that person is a veteran of war or a survivor of another harrowing situation or event. Through extensive research, advice from mental health professionals, and interviews with those working through PTSD and their families, Cynthia Orange shows readers how to:

Each section of Shock Waves includes questions and exercises to help readers incorporate Orange’s lessons and advice into their daily lives and interactions with their loved ones.

J. Michael Orange served in the United States Marine Corps from 1968 to 1970, including a one year tour of duty in Vietnam. He experienced combat in numerous patrols, search-and-destroy missions, and other major operations. Following his discharge, Mr. Orange witnessed the events leading up to the shootings at Kent State University, where he was a student. He actively participated in the peace movement until the War’s end in 1975, including the famed veterans’ march on Washington in 1971, when veterans protested against the war they fought by throwing their medals over the Capitol fence.

Michael has studied the Vietnam War since 1984, and he volunteers as a guest lecturer for history and social studies classes, speaking on the issues of war and the peace movement.

Michael earned his B.A. degree from Kent State University in Kent, Ohio, and his M.A. in Urban and Regional Studies from Minnesota State University ‹ Mankato. For the past twenty-seven years he has worked as principal planner with the Minneapolis Planning Department. He lives with his wife, Cynthia, in St. Paul, Minnesota. Their daughter, Jessica, teaches literature and poetry and lives in Boulder, Colorado.

Michael Orange is the author of Fire in the Hole: A Mortarman in Vietnam (Writers Club Press, 2001)