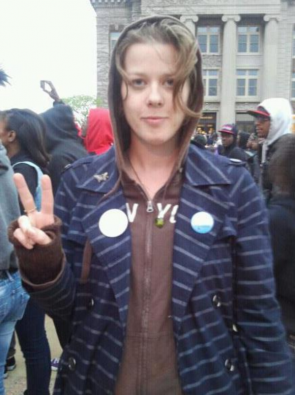 Misty Rowan is a poet and an activist who believes that art and activism are basically the same thing. She is a member of the Anti War Committee(.org), working to build a strong anti-war movement in the Twin Cities. Misty just won the VERVE grant for spoken word poetry in 2012.

Since moving to Minneapolis, Misty has been involved in many community campaigns and events as both participant and performer, and she has played an active role in local progressive movements such as The Peoples Bailout Coalition, The Committee to Stop FBI Repression, and Occupy Wall Street (MPLS). Misty thinks of the spoken word as a storytelling medium, a way of spreading ideas, and she writes poetry that is meant to entertain, educate, and inspire. She wants to create something that is both beautiful and meaningful. Art that can make a difference. You can check out Misty’s work at missteatree.com