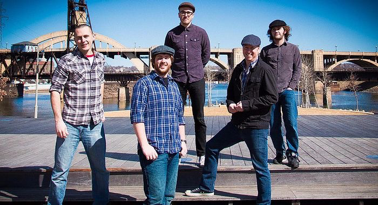 The Wild Colonial Bhoys (WCB) performed at Peacestocks 2014 and 2015 and are coming back for another encore! Adam Coolong, the leader of the WCB says Peacestock is one of the band’s most favorite gigs. He says the Peacestock audience is one that actually “listens” to their music versus in a bar scene where fans are often distracted.

The WCB are a highly acclaimed Irish rock and folk band based in the Twin Cities. They are one of the top bands at Irish festivals around the country. Their most recent album, On Our Own, received very high acclaim and they will be playing some of those tunes as well as some other tunes they have not yet played at other Peacestocks.