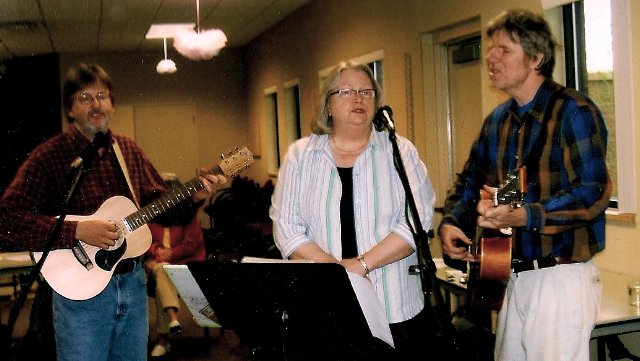 Bill McGrath, on the left, has performed many times at Peacestock but will now have his entire band performing. Their performance is worth the price of a ticket alone.

Music performed by Bonnie & the Clydes can best be described as the kind of songs you listened to when you and friends were renting your first apartment near the campus sometime in the sixties or early seventies and your entire furniture contribution to the apartment consisted of a mattress and a coffee table made from a construction site nest to the natural food grocery that was up the rear stairway above the paraphernalia shop where they also sold posters and lava lamps and had a cat in the front window named Quagmire who was the mother of one of your girlfriend’s kittens that is now sleeping in your guitar case in the back of your VW microbus next to Ken Kesey’s book, a bottle of Boone’s Farm Apple Wine and a stack of signs protesting the government’s policies in some far-off country.