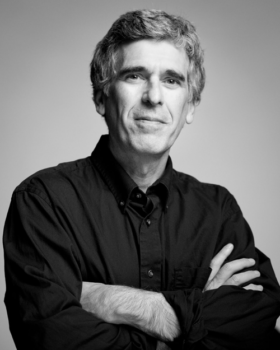 His dozen books include “War Made Easy: How Presidents and Pundits Keep Spinning Us to Death.” The Los Angeles Times called the book “brutally persuasive” and “a must-read for those who would like greater context with their bitter morning coffee, or to arm themselves for the debates about Iraq that are still to come.” The newspaper’s reviewer added: “Solomon is a formidable thinker and activist.” The Humanist magazine described the book as “a definitive historical text” and “an indispensable record of the real relationships among government authorities and media outlets.”

A full-length documentary film, narrated by Sean Penn, was based on “War Made Easy.” The New York Times review called the film “ultimately persuasive” and said: “Many of its arguments have been made before … but Mr. Solomon digs deeper and hammers harder.”

Solomon is the founder of the Institute for Public Accuracy, a consortium of policy researchers and analysts. He is IPA’s executive director and the coordinator of its ExposeFacts program.

He is co-founder and national coordinator of the online organization RootsAction.org, which now has 1.5 million active supporters. In 2016, Solomon was elected as a Bernie Sanders delegate to the Democratic National Convention, where he was the coordinator of the independent Bernie Delegates Network.

In 2012, running for a seat in the U.S. House of Representatives from California’s 2nd Congressional District, he came within 0.1 percent of getting through the primary.

Solomon wrote the nationally syndicated “Media Beat” weekly column from 1992 to 2009. He is a longtime associate of the media watch group FAIR (Fairness & Accuracy In Reporting).

His book “Target Iraq: What the News Media Didn’t Tell You” (co-authored with foreign correspondent Reese Erlich) was published in the United States in January 2003, two months before the invasion of Iraq. “Target Iraq” was also published in German, Italian, Hungarian, Brazilian and South Korean editions.

A collection of Solomon’s columns won the George Orwell Award for Distinguished Contribution to Honesty and Clarity in Public Language. The award, presented by the National Council of Teachers of English, honored Solomon’s book “The Habits of Highly Deceptive Media.”

In the introduction to that book, Jonathan Kozol wrote: “The tradition of Upton Sinclair, Lincoln Steffens, and I.F. Stone does not get much attention these days in the mainstream press … but that tradition is alive and well in this collection of courageously irreverent columns on the media by Norman Solomon. … He fights the good fight without fear of consequence. He courts no favors. He writes responsibly and is meticulous on details, but he does not choke on false civility.”

In the months leading up to the March 2003 invasion of Iraq, Solomon appeared on CNN a dozen times as an in-studio guest. In addition, Solomon also appeared on such international outlets as the BBC Radio World Service, CBC Radio, CBC Television, Voice of America, Al-Jazeera Television, Australia’s ABC television and radio, and SBS radio networks. He also appeared on radio outlets in Ireland and South Africa.

In 1997 Solomon co-authored “Wizards of Media Oz: Behind the Curtain of Mainstream News.” A review in The Nation magazine said: “One of the great values of this book is that it demolishes the myth that liberalism dominates the media. … This nifty, easily digestible compendium ought to be used in high school and college courses to help the young learn how to be discriminating news consumers.”

Solomon co-wrote “Unreliable Sources: A Guide to Detecting Bias in News Media,” published in 1990. A review in the Washington Post concluded that the book “makes a worthy addition to the library of any student of American news media, social structure and political science.” Kirkus Reviews said that the book provides “an extensive record of recent media distortions.” Publishers Weekly said that Solomon and co-author Martin A. Lee “make a compelling case for the contention that newsmen and women distort current events.” The San Francisco Chronicle reviewer wrote: “Their command of information is matched by committed, eloquent writing that plumbs the psychological and political complexities of mass-mediated experience.” Utne Reader called the book “an essential text.” USA Today columnist Barbara Reynolds described it as “a thinking person’s book.”

The 1995 book “Through the Media Looking Glass” (which Solomon co-authored with Jeff Cohen) drew praise from Booklist, which called it “a lively counterpoint to the dominant conservative critique of the ‘liberal’ media.” A review in the Los Angeles Times declared: “The bold, muckraking tone of these columns offers a welcome respite from the decerebrated discourse that too often passes for contemporary journalism.”

Solomon’s books include “Made Love, Got War,” “Target Iraq,” “Wizards of Media Oz: Behind the Curtain of Mainstream News,”  “The Trouble With Dilbert: How Corporate Culture Gets the Last Laugh,” “False Hope: The Politics of Illusion in the Clinton Era,” “The Power of Babble: The Politician’s Dictionary of Buzzwords and Doubletalk for Every Occasion,” and “Killing Our Own: The Disaster of America’s Experience With Atomic Radiation.”

His journalistic experience includes many years of freelance writing for Pacific News Service and other media outlets, and several reporting visits to the Soviet Union. Solomon has also written for U.S. media outlets from Iraq, Iran and Afghanistan. He is a former associate of the Center for Investigative Reporting. 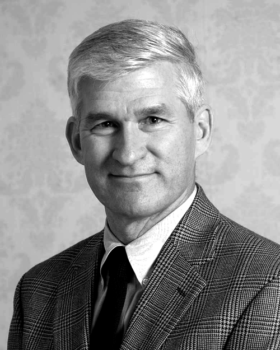 Andrew J. Bacevich grew up in Indiana, graduated from West Point in 1969 and served in the Viet Nam War from 1970 to 1971.   Later he held posts in Germany, including the 11th Armored Cavalry Regiment; the United States; and the Persian Gulf up to his retirement from the service with the rank of colonel in the early 1990s. He holds a Ph.D. in American Diplomatic History from Princeton University, and taught at West Point and Johns Hopkins University before joining the faculty at Boston University in 1998.[

Besides Bacevich’s duties as a professor, he is a prolific writer in numerous political publications, such as The Wilson Quarterly.  He has maintained a non-interventionist foreign policy that has put him at odds with President G.W. Bush and the president’s advisors and supporters.

He has written many books.  These include:  The New American Militarism: How Americans are Seduced by War (2005); The Long War (2007); The Limits of Power: The End of American Exceptionalism (2008); Washington Rules:America’s Path to Permanent War (2010);  Americ’s War from the Greater Middle East (2016); and his new book The Age of Illusions: How America Squandered Its Cold War Victory (2020).

Bacevich eschews the partisanship of current debate about U.S. foreign policy as short-sighted and untruthful. Instead of blaming only one president (or his advisors) for contemporary policies, Bacevich sees both Republicans and Democrats as sharing responsibility for policies which may not be in the nation’s best interest. He also asserts that policymakers in particular, and the U.S. people in general, overestimate the usefulness of military force in foreign affairs. Bacevich believes romanticized images of war in popular culture (especially films) interact with the lack of actual military service among most of the U.S. population to produce in the U.S. people a highly unrealistic (and even dangerous) notion of what combat and military service are really like.

Bacevich supported the election of Barack Obama in 2008 as the best hope of reducing U.S. interventionism only to see the ill advised escalation of the Afghan War in 2010.  He credits President G. W.  Bush as sincere but wrong-headed in Iraq and President Obama politically motivated to escalate the Afghan War and thus maybe more contemptuous.

As for nuclear weapons, Bacevish regards them “unnecessary, even as a deterrent”.  Nuclear weapons do not keep us safer because others will deem them necessary and may even be inclined to use them.